Voyeur simulator is available on iOS 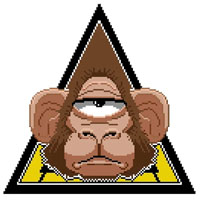 Russian publisher Alawar Entertainment, which is primarily known for various casual projects like “Merry Farm”, has transferred to iOS a very unusual project called Do Not Feed The Monkeys.

On the big platforms Do Not Feed The Monkeys became available last fall. And the project almost immediately after the release became very popular. It was noted by both critics and ordinary users. Many praised for the unusual gameplay, variability and good humor. All this remained in the game and after the change of platform.

In Do Not Feed The Monkeys, users will become members of a secret organization called the Primate Research Club. Primates mean unsuspecting people, and this club is engaged in what peeps at them and their daily activities.

The project is already available in the App Store, where it can be purchased for 299 rubles. At the same time Steam-version of Do Not Feed The Monkeys is a little cheaper – 279 rubles.

« The Apple Watch concept with iOS has appeared on the network