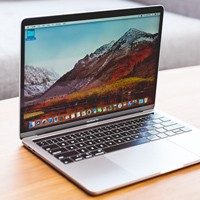 Tonight, Apple released a small update to its desktop operating system. The update is focused only on the 15-inch MacBook Pro of the 2018 model and is newer. It is noteworthy that the release of the update took place without an official announcement on Apple’s website.

According to the available data, the update should correct a number of problems associated with the T2 chip. However, what exactly flaws solves the update is now unknown. Apple did not provide any specific information on this matter, confining itself to stating that the update is recommended for all owners of the latest MacBook Pro.

Recall that the last major update of the Apple desktop operating system came out recently – in midmay. In the update, the Coopertinos paid a lot of attention to the elimination of shortcomings and the solution of various problems. Apple also added airPlay 2 support for sharing videos, photos, music and other content between the computer and Smart TV.