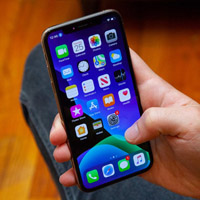 Over the past few days, Apple has been releasing various test builds of its operating systems. Tonight it’s time to public beta versions of iOS 13, macOS 10.15 and tvOS 13. New public test builds are already available to all test participants.

The new public test builds are expected to be virtually the same as the fourth beta versions of iOS 13, macOS 10.15 and tvOS 13 for developers. Thus, it can be said that the updates have not brought with them any drastic changes. In the new public test builds, the Coopertinos primarily worked to correct the errors and flaws that were found in past betas.

Based on user feedback, test builds are becoming more stable from update to update. However, there are still enough problems. Some complain about the incorrect or unstable operation of third-party applications, problems when connecting external accessories, relatively low autonomy, etc.