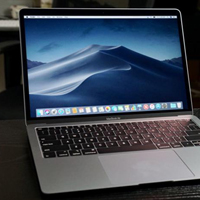 Reputable analyst Ming-Chi Kuo shared a new forecast, which concerns the keyboards MacBook Air and MacBook Pro. According to the expert, in the near future Apple can abandon the not too successful and sufficiently problematic mechanism “butterfly”, replacing it with something new.

Ming-Chi Kuo notes that the main reason for the refusal is the numerous complaints of users. Recall that the first problems with keyboards with the mechanism “butterfly” began almost immediately after their release. Users complained about sticking and no-go keys. Apple has tried to correct the flaws. However, they remain even now.

In addition, the analyst notes that the keyboard itself is quite expensive for the Apple company. For this reason, Apple may start to equip its laptops with new keyboard blocks with a scabbar. For additional reliability, engineers will strengthen the mechanism of the buttons with fiberglass.

According to Ming-Chi Kuo, the new keyboard will first appear in macBook Air, and next year Apple will equip it with the MacBook Pro.