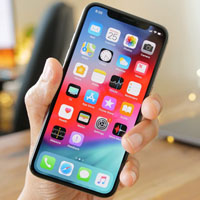 Apple unexpectedly released a small update to its mobile operating system. iOS 12.3.1 is already available for download to all owners of compatible devices.

It is worth noting that the update does not bring with it anything new. Weighing only 50MB, it is aimed primarily at eliminating minor flaws and errors that were identified in the previous update.

According to the description in iOS 12.3.1, the Coopertinos corrected:

Recall that recently Apple released the final version of iOS 12.3. Now the Coopertinos are actively testing the next major update of their mobile operating system. Just this week, registered developers gained access to the second iOS 12.4 test build.