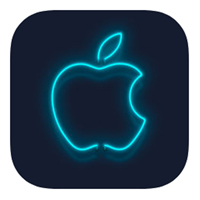 On Monday, Apple will hold a conference for developers WWDC 2019. Now the Coopertinos are already finishing the last preparations for the upcoming event. In particular, the workers complete the decoration of the building where the conference will be held.

Especially for WWDC 2019, Apple has removed the McEnery Convention Center in San Jose, California. Over the past few days, the main facade and surrounding streets have been decorated with special banners and flags, all of them in roughly the same style as invitations to WWDC 2019.

It is worth noting that many see in the design of invitations and banners a direct hint of the main innovation of iOS – the long-awaited dark theme. However, the Coopertinos could “encrypt” in the design of WWDC 2019 and something else. In the past, the company has done this many times.

According to rumors as part of the upcoming event, Apple will show not only iOS 13, macOS 10.15, tvOS 13, watchOS 6, but also a few “iron” novelties. For example, a modular Mac Pro.

« Protests against Apple are gaining momentum in China