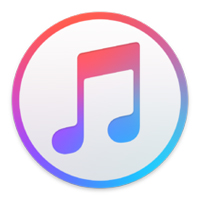 Bloomberg, citing its own sources, confirms recent rumors that during the upcoming WWDC 2019 conference, the Coopertinos will announce the abandonment of iTunes in the macOS 10.15 operating system. The media combine should be replaced by separate apps for watching movies, listening to music and podcasts.

According to sources, most of the new programs will be based on iTunes. But at the same time they will get a simpler and clearer interface, and will work faster than the current solution.

As for features that allow Apple mobile owners to update and restore the firmware of their gadgets, back up, sync data, etc., Apple will save all this. Only after the update to macOS 10.15 will all these features “move” from iTunes to the Music app.

Bloomberg does not specify what will happen to Windows version of the apple media combine. There is a possibility that it will remain unchanged and Apple will maintain it for some time.