Apple Watch with microLED screen may come out next year 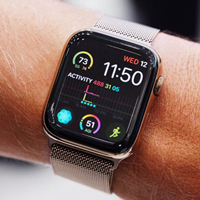 Over the past couple of years, apple’s plans to start using microLED screens in their devices have repeatedly appeared on the network. At the same time, the data often contradicted each other. According to the latest information, the Coopertinos will still start using microLED in their smartwatches.

According to sources, Apple is currently in preliminary talks with one of the Taiwanese display manufacturers. The exact working conditions are not specified. However, it is now known that it will take at least nine months for the manufacturer to start mass production of the necessary volumes of microLED panels.

Thus, we can say that the Apple Watch with a new type of displays will not be presented until next year. In the same year, the Coopertinos can release a “minor” update of their smartwatches.

The main advantages of microLED screens compared to OLED are the leaner size and thickness, the greater the brightness reserve, and better energy efficiency.

Users complain about the wrong work of the App Store »