Users complain about the wrong work of the App Store 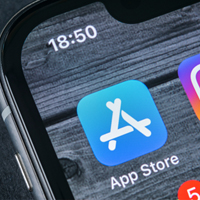 Today, complaints about the work of the App Store began to appear on Apple’s official forum and thematic resources. Some users note that when they try to install or update an app, they endlessly have a window asking them to accept new apple store conditions and conditions.

So far, Apple has not commented on the situation. Judging by the page that allows you to track the status of Apple services, there are no failures – all services are working as usual. However, users continue to complain about the Problem with the App Store.

Judging by the number of complaints, only some owners of Apple mobile devices have encountered the inability to download and update applications. Some even managed to solve the problem on their own. In some cases, it helped to rearrange the date for 1-2 days ago and use another Internet connection or VPN.

As mentioned above, Apple does not comment on the situation. However, it can be assumed that the flaw will be corrected in the very near future.

« Apple Watch with microLED screen may come out next year

IPhone 11 can get advanced antennas »