Apple spends millions of dollars on its animation ads 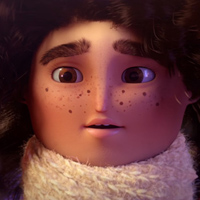 Apple has always tried to shoot high-quality advertising, so that Coopertinoov more than once received different awards for their videos. However, recently it became known how much it costs the iPhone manufacturer to create one short promotional video.

According to the project manager of the animation studio Collby, the creation of a one-minute animated video costs Apple from 600,000 to 1 million dollars. Thus, last year’s Christmas advert cost the Apple Company between $1.8 million and $3 million.

This price is due to the fact that for the video Holiday experts built a real city in miniature, and then transferred these scenery in 3D, simultaneously introducing into the environment of animated characters. In addition, a significant part of the budget was spent on music design.

The project manager of the animation studio Collby notes that other large Western companies spend significantly less money on the creation of their own commercials. For example, one video for Nike, MTV, Google, Adidas or Sony costs about $100,000.