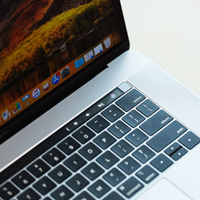 According to the well-known third-party developer Guillermo Rambo, who often shares reliable information about Apple’s plans, now the Coopertinos are actively working on the MacBook Pro with a new keyboard.

There is almost no information about the radically updated “request.” It is possible that the new Apple laptop will be equipped not only with an advanced keyboard, but also a screen with a larger diagonal and very thin frames.

Also, Rambo is not yet sure exactly how Apple plans to update the keyboard MacBook Pro. At the moment, there are two possible options: either the Coopertinos will completely abandon the existing decision, or once again finalize the mechanism “Butterfly”.

Last year, Apple released the third version of the Butterfly keyboard. Initially, it was assumed that additional protective membranes would make the keyboard more reliable. However, shortly after the launch of MacBook Pro 2018 sales, complaints about sticking keys began to appear on the network again. As a result, Apple had to admit that there was a problem and run an extended warranty.

« With macOS 10.15 release, the number of Mac apps will increase

Apple spends millions of dollars on its animation ads »