With macOS 10.15 release, the number of Mac apps will increase 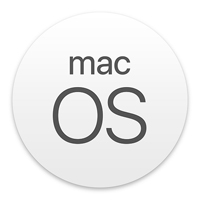 In less than a month, Apple is due to unveil its new operating systems. However, network sources are ready to tell about all the major innovations of new operations. Thus, according to Bloomberg, the key feature of macOS 10.15 will be the ability to launch apps with iPad.

It is worth noting that we are not talking about a full-fledged launch of applications from iOS to Mac. Bloomberg reports on a tool that will allow developers to quickly port iPad apps to macOS without rewriting the program code.

In the past, information about such an innovation has already appeared on the network. However, Bloomberg also reported on other features of macOS 10.15. According to the authors of the resource, several applications will appear in the new Apple desktop operating system: “Reminders,” “Find the iPhone” and “Podcasts.” At the same time, the Coopertinos should radically rework the Apple Music client, as well as add a number of effects and stickers to messages.