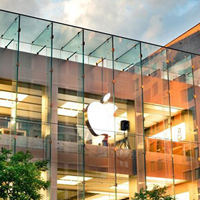 According to Thinknum, some time ago Apple began to actively expand the staff of designers. There is an assumption that this is due to the imminent departure of Jonathan Aive from the post of chief designer of the apple company.

According to the available data, since the beginning of this year, the Coopertinos have more than doubled the number of open vacancies in the industrial design team, from 270 in January to about 580 at the end of July.

It is noteworthy that in the past Apple has never so rapidly increased the number of open vacancies for a single department. Even the actively developing direction of virtual and augmented reality did not “grow” so fast.

It is difficult to say why the company needed new designers. At this stage, many attribute the opening of a large number of “designer” vacancies with two factors. First, with the departure of Jonathan Ava, and secondly, with Apple’s desire to attract specialists who will be able to generate new ideas and have an atypical for the company to design.

New macOS music app to be built on iTunes »