Apple joins large IT companies to work on joint project 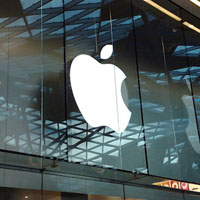 Last year, several large IT companies began working together on a universal open source tool that would allow users to easily move their data between different online services. About a year after launching, Apple joined the Data Transfer Project (DTP).

Initially, DTP was based on data transfer tools such as Google Takeout and Facebook Access Your Information. However, now the project is actively expanding and updating. Such a tool should make it easy for users to transfer their data from one service to another. For example, users will be able to send photos from Facebook to Google Photos without having to interact with each of the images.

Google, Microsoft, Facebook and Twitter are currently working on the DTP project. And today it became known that Apple also decided to join this initiative.

Cellebrite has created a device to hack iPhone on iOS 12.3 »