Apple takes aim at The Oscars 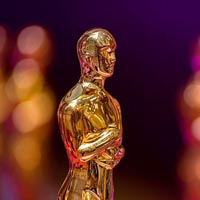 A few months ago, Apple unveiled its new service, apple TV. It is expected that it will be launched towards the end of this year and will offer users a lot of original content. However, so far the Coopertinos for the most part filmed only TV series. But according to network sources, now Apple plans to shift the vector and start making feature films.

It is noteworthy that sources report the desire of the Apple Company not just to shoot several full-length films. Apple plans to win an Academy Award with them. At the same time, the company wants to allocate from 5 to 30 million dollars for six full-length films – a very small budget.

Sources note that now the work on this ambitious project is at an early stage and the Coopertinos are only forming teams. For this reason, no details about future films are available yet.

Experts do not exclude that Apple is aiming for the Oscars after the success of the film Roma, which created the popular service Netflix.