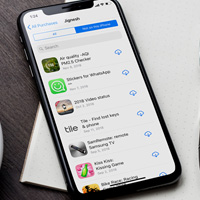 This afternoon, complaints about the unstable operation of apple stores began to appear on the network. Residents of the United States and Europe were the first to report problems. However, according to recent reviews, problems in the App Store, Mac App Store and iTunes Store are observed around the world.

Users note that when they try to purchase new apps and buy a music track or movie, a window appears on the screen with an error message. It is not known when the Coopertinos will correct the situation. However, judging by the special page is not the official apple website, the company is aware of the problem and, most likely, already working to restore the health of services.

Recall that the last failure in the App Store occurred only a few weeks ago, and then kupertinov quickly corrected the problem, restoring the health of their app store.

Apple takes aim at The Oscars »