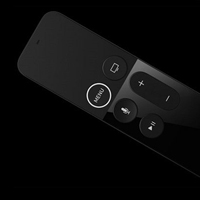 Recently it became known that Apple has filed a new application with the U. S. Patent and Trademark Office. The document describes an updated remote control for apple devices. A distinctive feature of the development is that it will be able to recognize the power of pressing.

According to available data, the new remote will be compatible with almost all Apple gadgets: from tablets to set-top boxes and computers.

Alas, there are no schematic images of the remote in the patent application. However, it is known that it will be conventionally divided into several parts. They will differ from each other in texture: one is smooth and the other is textured.

As for the functionality of the novelty, the application indicates that the new apple remote will be able to recognize the power of pressing. By changing the force of impact, users will be able to activate different functions. However, in addition to the Force Touch sensor, there will also be several touch buttons on the remote. The latter will help to move around menu items, adjust the volume, etc.

« LG can become a supplier of flexible panels for the iPhone

Bill Gates talks about the magic of Steve Jobs »