LG can become a supplier of flexible panels for the iPhone 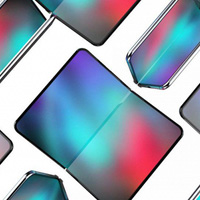 So far, Apple has expressed its interest in flexible mobile devices only through numerous patents. However, according to the latest rumors, the first iPhone with a flexible display can come out as early as next year.

Korean media claim that Apple is interested in flexible OLED screens LG, which the Korean company will start mass production in the coming months. At the same time, sources do not exclude that next year Coopertinos can only announce a flexible smartphone. On store shelves it may appear in late 2020 or early 2021.

It is believed that Apple has decided to postpone the release of a flexible mobile device for several reasons. First, the “portrait” of the consumer of such devices has not yet been formed. And secondly, Apple does not want to increase its dependence on Samsung and waits for other manufacturers to start producing flexible panels.

« Screenshots of apps ported from iOS to macOS have appeared online