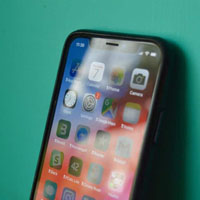 In addition to the new operating systems that were introduced as part of WWDC 2019, Apple continues to test updates for current versions of iOS, macOS, tvOS and watchOS. Today, registered developers have access to the sixth beta version of iOS 12.4, the fourth macOS beta 10.14.6 and the fifth watchOS 5.3 test build.

Traditionally, the Coopertinos did not share any details about the innovations made in the new test assemblies. According to the official description, the beta versions have corrected a variety of bugs, as well as increased stability of operating systems.

The absence of any drastic changes hints and a small weight of test assemblies. For example, the sixth beta version of iOS 12.4 weighs only about 60MB. In the case of macOS 10.14.6 and watchOS 5.3, the situation is about the same.

The final versions of iOS 12.4, macOS 10.14.6 and watchOS 5.3 are expected to be available to users in the near future, most likely within a couple of weeks.

Screenshots of apps ported from iOS to macOS have appeared online »