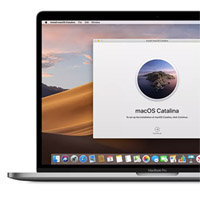 Tonight, the Coopertinos unexpectedly released two new public test builds – macOS Catalina and tvOS 13. Judging by the reviews, the second public builds are fully consistent with the third beta versions of macOS 10.15 and tvOS 13 for developers.

The size of the updates is small. In the case of macOS Catalina, it is about 700MB. Users who have already installed a second public build note that there are no major innovations. According to the available data, in the update, the Coopertinos focused on correcting minor flaws, as well as improving the stability of the operating system.

As for the public test builds of iOS 13 and watchOS 6, they are not yet available to users. It is not known what caused this delay. However, some believe that the second beta versions of iOS and watchOS will be available in the coming days.

« Microsoft is working on a flexible Surface