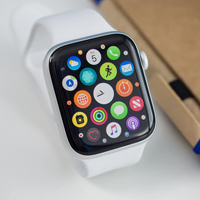 Since the first version, watchOS includes quite a few standard apps. At the same time, almost every new major update brought with it new utilities. watchOS 6 was no exception in this regard. However, it was only in this update that users were able to delete standard apps.

According to the available data, after the installation of watchOS 6, owners of apple smartwatches will be able to remove some programs. At the moment, the list of applications that can be deinstalled includes: Camera, Radio, Timer, Seuncommer, ECG, Alarm and Radio. To remove the app, users just need to clamp the icon, and then tap on the cross. Programs like iMessage and Pulse can’t be deleted.

Recall that one of the main innovations watchOS 6 was the built-in App Store. With it, Apple Watch owners will be able to install third-party apps on their watches.

Microsoft is working on a flexible Surface »