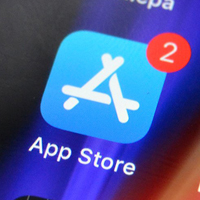 Apple continues to make unexpected announcements. Today, the Coopertinos have raised the download limit for iOS apps using the mobile Internet. And the increase is quite noticeable – the limit has grown to 200 MB.

Until now, apple mobile device owners have been able to download apps weighing up to 150MB using mobile Internet. Thus, Apple tried to prevent excessive traffic consumption. However, many users did not like such restrictions.

It is worth noting that it is not the first time that the Coopertinos have increased the download limit. Until September 2017, it was only 100MB. The truth is that then that now many users consider such restrictions not too convenient. Owners of Apple mobile devices have long been urging Apple to introduce a special clause in the settings that will allow you to determine limits manually.