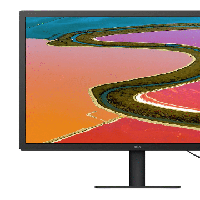 Some time ago, two monitors – 4K LG UltraFine and LG UltraFine 5K Display – disappeared from the Apple Online Store range, after which the Apple store was left without displays. Many saw this as a hint of the imminent release of a brand-new branded monitor. However, in reality it turned out not quite so.

Today, LG UltraFine 4K Display is available again on the virtual shelves of the Apple Onlines Store. Despite the old name, the novelty has a number of differences. And not all of them can be called positive.

It is worth noting that after all the monitors disappeared from the Apple Online Store, many hoped for the announcement of a brand new branded display from Apple. According to rumors, the novelty was to have a resolution of 6K and a diagonal of more than 31 inches. Sources claimed that the announcement of the branded monitor will take place within the framework of WWDC 2019. But now many people doubt it.

Irony Curtain: From Matryoshka with Love – adventures in the Matryoshka (Mac) »