Apple saved on the SSD for MacBook Air 2019 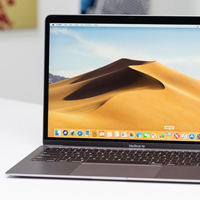 A week ago, Apple unexpectedly released a new MacBook Air. The novelty received a screen with The technology True Tone, and the price of the basic version of the laptop in the Russian Apple Online Store decreased by 12,000 rubles. However, as Consomac notes, this is not all the changes that have occurred with MacBook Air.

According to the authors of the site, the new “air” laptops are equipped with slower SSDs than the 2018 models. After checking the speed of recording and reading from the disk using the Blackmagic utility, Consomac journalists came to the conclusion that the old MacBook Air models are more than a third faster to read information.

Thus, we can conclude that the “old” MacBook Air reads information 35% faster, but at the same time 10% slower to write it. Experts note a negative trend, but they are sure that users are unlikely to notice a strong difference in the performance of laptops. The MacBook Air 2019 itself still works very fast.