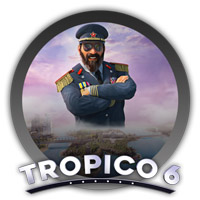 Kalypso Media, together with Limbic Entertainment, released a city planning strategy called Tropico 6 in the Mac App Store. In the Russian section of the store, the game can be purchased for 2,690 rubles.

Tropico 6 is a continuation of the famous series of strategies about El President. The main feature of the sixth part was an enlarged map. Now users have to manage not one island, but an entire archipelago.

The basis for Tropico 6 was the fifth part of the series. However, in the new game, the developers carefully modified the existing mechanics, corrected the shortcomings of the last part, and added several innovations. So fans of the series should like it.

It is worth noting that Tropico 6 has been available on Steam virtual shelves for a long time. However, in the Valve store, the game is marked as “beta.” The date of the full release developers should announce a little later.