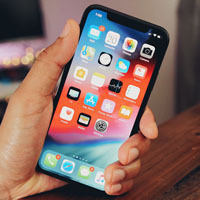 Apple continues to test iOS 12.4. Tonight, the Coopertinos released their fifth test assembly. As usual, iOS 12.4 beta 5 is only available to registered developers.

According to the available data, in the new test build developers from Cupertino corrected a number of minor flaws, blots and errors that were found in previous releases. In addition, comprehensive work was carried out to increase the stability and speed of the operating system. No major changes were seen in iOS 12.4 beta 5.

IOS 12.4 is expected to be the last major update to the twelfth version of iOS. The update should bring with it not so much a variety of fixes as support for Apple Card.

There is no exact information about the release date of the final version of iOS 12.4. However, many believe that the update will be available in the next couple of weeks.

« How to change date and time on iPhone?