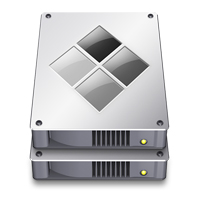 As practice shows, Apple does not often release updates for its system utilities. But sometimes it happens. For example, a small update of the Boot Camp for macOS Mojave 10.14.5 was released today.

In the new version of the app, which is only available to iMac and Mac mini owners, Apple has fixed a number of bugs. In particular, the developers from Cupertino solved a problem that prevented users from creating a new section of Boot Camp on iMac and Mac mini with Fusion Drive.

Apple’s owners of apple-in-the-block and compact Macs can download the new version of the app on Apple’s official website in a special section. Owners of other Apple computers are not available for the upgrade.

With the help of the utility, users can safely install the Windows operating system on the Mac. The app helps to create a separate section on the disk, install the system, and download the necessary drivers for the equipment.