Horbito NOVA is no longer a browser, but not an operating system (Mac) 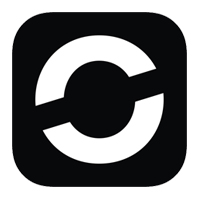 Today, for many users, the browser is one of the main and frequently launched applications. And it depends little on the platform. In the browser read the news, watch movies and videos, work with documents, communicate, etc. The leading role of the browser in the modern world proved Chrome, which some time ago turned into an operating system (albeit a little inferior).

But if Chrome OS was created with an eye on a certain class of devices, the application called NOVA can be easily run on Windows or macOS. In fact, the developers of horbito offer a kind of analogue of the Chrome OS operating system, but with a slightly different interface and slightly reduced capabilities. However, even the existing set of features will be enough for ordinary users who simply consume content and communicate in messengers.

NOVA is a kind of shell, in which there are separate applications for solving a variety of problems. For example, a built-in file manager to work with files “inside” the shell (he knows how to work with documents, photos, videos, etc.), a messenger for communication between NOVA users, Slack, Gmail and Office customers, a note-making program and a browser.

In addition, the developers have built into their application app store. It has a wide variety of utilities available. In particular, users can literally in a couple of clicks “install” Skype, Telegram, Dropbox, customers of large stores, services, etc. Rather, it is a web version of popular sites and services.

In general, NOVA is a very curious solution aimed at undemanding users who rarely use anything other than a browser. At the same time, the application from developers from horbito offers quite a wide range of possibilities and is distinguished by a pleasant interface. By the way, the latter can be modified a little. For example, change wallpaper, choose a language, etc.

But expect something supernatural from NOVA is not worth it. In particular, the built-in browser does not allow you to use extensions, has a small number of settings and hardly downloads “heavy” sites. Similar problems are observed in other applications.

« The Little Acre – hand-drawn adventure in the “old” style