The Little Acre – hand-drawn adventure in the “old” style 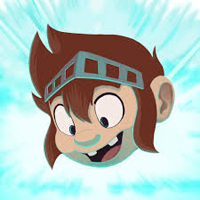 Today, the App Store has quite a lot of interesting adventure puzzles. At the same time, many of them pass by even fans of the genre. For example, The Little Acre. The game was released on large platforms a few years ago, and then it appeared in the App Store. But the project was not particularly popular, especially on mobile devices. The App Store has only a couple of reviews. However, fans of the genre should not miss The Little Acre.

The Little Acre sends players back to the short past, namely Ireland in the fifties of the twentieth century. At the same time, the place of action in this adventure does not play the most important role. Foreground is occupied by the main characters – Aidan and his daughter Lily – and their relationship. The main characters from time to time replace each other, trying to perform the “tasks” they need. At the same time, their main goal – to find suddenly missing father Aidan.

Moving through the story, users quickly leave Ireland and move to an alternative world called Clonfira. The latter is radically different from the Irish green meadows. This is noticeable not only by the “decorations.” Developers emphasize the difference even by changing the position of the camera.

As for puzzles, in The Little Acre users will be waiting for a variety of puzzles. At the same time, many of them will not only make players think for a couple of minutes, but also cause a smile on their face. It is also worth noting that there are a lot of puzzles in The Little Acre. Especially, given that the game is not particularly long – it is easy to pass in one evening.

As mentioned above, The Little Acre isn’t just available on mobile devices. You can also play it on large platforms, including Mac. However, it is more profitable to buy it in the App Store now. In Steam, the game costs 60 rubles more expensive.

Horbito NOVA is no longer a browser, but not an operating system (Mac) »