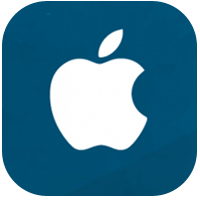 According to The Information, Apple has not given up on the idea of creating its own modems. Intel can help to accelerate work in this direction. Apple is currently in talks to buy the German chipmaker’s unit.

Sources note that negotiations began last summer. However, the parties are still discussing the details. If the deal is done, Apple will get the rights to some of Intel’s patents and developments. This information was shared by an anonymous source.

In addition, the Coopertinos can get several hundred qualified employees who were engaged in the development of modems in the German office of Intel. They are expected to help significantly speed up the process of creating Apple’s proprietary modem.

Recall that in April, network sources have already reported about Apple’s desire to acquire one of the Intel divisions. However, it was reported at the time that after the conclusion of the peace agreement with the Coopertinoovs, the Coopertinoovs decided to stop the negotiations.

Apple Watch with microLED screen may come out next year »