Harry Potter: Wizards Unite – in the footsteps of Pokemon GO 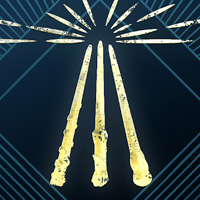 A week ago, Harry Potter: Wizards Unite was released. However, despite the loud statements of the developers about the global release, the project is officially available only in a few regions. But such restrictions do not affect the gameplay. As with Pokemon GO, wizards Unite can be played almost anywhere in the world. The only thing to do is to download the app somehow.

Recall that the development of Harry Potter: Wizards Unite was carried out by Niantic. It was she who released Pokemon GO in 2016. However, if in the case of Pokemon studio Niantic collaborated with Nintendo, the new game was created in conjunction with WB Games San Francisco. This collaboration allowed the developers to transfer to the screens of mobile devices not only the universe of Harry Potter, but all the iconic characters.

It is worth noting that Niantic initially quite seriously approached the plot of his new game. Even before the release, the studio began to talk about a certain disaster, because of which the world of Muggles began to get magical objects and creatures. The players’ tasks were also known long before the full release. In Wizards Unite to help the Ministry of Magic to search for missing magical objects and escaped magical creatures, simultaneously fighting monsters and rescue allies from trouble. In fact, this story perfectly complements the gameplay and explains the constant need to travel around the locations. Of course, you shouldn’t expect any unexpected plot twists from Wizards Unite. But the presence of a tie, definitely pleases.

In terms of gameplay, Wizards Unite is a lot like Pokemon GO. Niantic just brought many mechanics to its new game. At the same time, all of them were well adapted to the realities of the magical world. As in Pokemon GO, most of the time users will need to walk around the city and look for different activities, join battles and take part in group assaults “fortresses”.

Players will gain experience and resources while completing tasks. The latter will be useful for pumping their character. As the game progresses, users will be able to choose from three available classes that have their own features and benefits. For example, some are better at resisting dark magic, while others are better at fighting fantastic creatures. Each class has its own unique skill system, learning that users will be able to improve the effectiveness of the hero.

Initially, the developers noted that the idea with classes should not so much complicate the gameplay, as encourage players to merge into groups. In this way, users could compensate for the shortcomings of their heroes. However, so far everything is exactly the opposite. As practice shows, most users prefer to play alone. Therefore, mechanics with pumping and classes rather creates problems.

At this stage, the new game from Niantic is not ideal. It has at least a few drawbacks. If you forget that in Harry Potter: Wizards Unite there are almost no new mechanics, the shortcomings can be attributed to too many activities. Users need not just to “walk” around the city, but also to perform different tasks, pump the hero, fight with other players, participate in global events, collect resources, etc. For all this, Harry Potter: Wizards Unite persistently invites users to buy goods for real money.

To sum up, we can say that the new project from Niantic will undoubtedly find its audience. There are a lot of Harry Potter fans. However, wizards Unite is unlikely to become as popular as Pokemon GO.