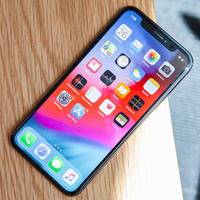 Despite the announcement of iOS 13, Apple continues to work on the current iOS 12 update. Tonight, the Coopertinos released the fourth iOS 12.4 test build. As usual, the update is only available to registered developers.

According to reviews, the fourth beta version of iOS 12.4 does not feature many innovations. Users who have already familiarized themselves with the new test build have not found any drastic changes in the system. Apple is expected to continue to work on fixing bugs and bugs, as well as paying attention to optimizing the system.

At the moment, many believe that the final version of iOS 12.4 will come closer to the middle of the summer and will bring with it the support of Credit Cards Apple Card.

« Harry Potter: Wizards Unite – in the footsteps of Pokemon GO

Apple may be working on a new operating system – SiriOS »