5 Reasons Why VideoProc Is the Best Video Editor for Beginners 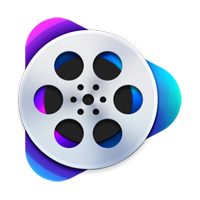 Recently, there is more and more content in 4K format. This is facilitated by the emergence of more devices capable of shooting with such resolution, and the distribution of TVs and monitors that can play 4K video. It is not surprising that with the growing popularity of the format, its support appears in popular video editors.

Naturally, the first 4K video “mastered” major editors, such as Final Cut X, Adobe Premiere Pro CC and Sony Vegas. In most cases, however, their capabilities are redundant for ordinary users. In addition, such editors are quite expensive.

Ordinary users need a simple, convenient and understandable application that can quickly work with large files. That’s exactly what VideoProc is. Digiarty’s utility can more than just distill large files from one format to another. The app has all the necessary features, allowing you not only to trim and glue the video. With VideoProc, users will be able to change color balance, fight noise, apply filters, etc.

The first thing I want to say is about the competition, which is now held by the developers of VideoProc. For a limited period, users will not only be able to get an editor for free, but also win apple wireless headphones.

In order to get one of the five AirPods 2 you need:

Then we’ll just have to wait for the draw. If they win, the user will receive an email.

Unlike “large” editors, VideoProc does not have a complex interface with a large number of menus and tabs. The main menu of the app is divided into just four sections. At the same time, users only need to press one button to edit the video.

After that, the video can be converted into different formats, change its length, add effects, etc. and no abuse names, complex menus in this case users will not meet. Anyone who has been able to master Instagram will be able to understand VideoProc.

Despite the simplest possible interface, VideoProc has a fairly extensive set of features. In particular, the utility allows you to change the length of the video, cut individual moments, add subtitles or additional visuals. Also in VideoProc you can find a number of tools that will help remove the “shaking hands effect” or slightly correct the sound, removing background noise.

Separately, it is worth mentioning the possibility of converting “raw” videos into more familiar formats. For example, users can convert HEVC into H.264 in just a few clicks or convert MKV, FLV, and AVI videos into “familiar” for a standard iOS or Android player format. And the main thing is that all this will take quite a bit of time.

Those who have already encountered the video editing know that this process is not too fast. However, videoProc developers have tried to speed up video processing as much as possible. With the use of Level-3 Hardware Acceleration technology, the app is able to convert larger and heavier 4K videos noticeably faster than its competitors. According to the developers, the speed of work increases 47 times.

VideoProc can be installed even on relatively weak computers: with 2GB of RAM, a 1GHz processor and 200MB of free storage space. At the same time, advanced video processing mechanisms will begin to “open up” starting with Intel HD Graphics 2000.

As mentioned above, the main VideoProc window is divided into four large sections. One of them is entirely devoted to video conversion and editing. However, this functionality of the utility is not limited. For example, with VideoProc, users will be able to download videos from popular resources like Youtube, Vimeo, Facebook and Instagram (the utility supports dozens of different resources). The app also has tools to digitize DVDs and record screencasts. And all recorded videos and videos can be easily edited directly in VideoProc.

VideoProc can be attributed to conventionally inexpensive applications – the full version of the editor costs $29.95. For this money, users can purchase a ready-made license. However, thanks to the competition, which is held by the developers, now the application can be downloaded for free. The only free version won’t get updates. Otherwise, the “competitive” version of VideoProc is no different from a paid license.

« DearMob iPhone Manager is the best option among all iTunes alternatives

IPadOS Beta 1 review: a big boost for all iPads »