DearMob iPhone Manager is the best option among all iTunes alternatives 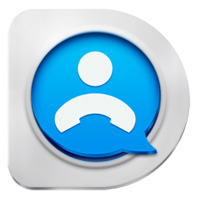 Recently, Apple took the unusual step and removed the iTunes app from its desktop platform, replacing it with several utilities. On Windows, the Apple Media Combine has survived. However, it can be assumed that Apple is unlikely to continue to develop iTunes. For this reason, now different analogues of iTunes from third-party manufacturers are starting to look more interesting. Especially if they have unique features that are not in the apple program.

One of the most advanced iTunes analogues is an app called DearMob iPhone Manager. In short, it is far ahead of the “original” in terms of its capabilities. Among the interesting features of DearMob iPhone Manager is the ability to use the iPhone and iPad as a flash drive, as well as the function of storing in the memory of the device protected files and folders.

It is worth mentioning a special offer from developers. For a limited time, they not only give away their app for free, but also give users the opportunity to win valuable prizes: one iPad mini, five licenses for the videoProc functional editor, and five Amazon eGift Cards with a $25 facevalue.

In order to take part in the competition you need:

After that, you will only have to check the mailbox and wait for the end of the draw.

Externally, DearMob iPhone Manager is radically different from iTunes. Developers have taken a completely different path, betting on the minimalism, convenience and speed of work. Thanks to this basically the app window there are no additional panels, tabs and numerous menus. Instead, users are greeted by two rows of buttons, each of which opens up access to separate features. At the same time, the developers have allocated four options separately.

The section called Photo Transfer is fully consistent with its name. In it, users can view all the images stored in the device’s memory in a few clicks, transfer individual photos to the computer, and upload new images to the device’s memory. However, in the latter case, you will need to create a new album first.

Other features of DearMob iPhone Manager include a quick conversion of images from HEIC to JPEG format. And everything will be done automatically. Users only need to select the pictures they want to transfer to their computer and click on the Export button. Everything else the app will do on its own.

The music section gives users the ability to easily upload songs to the device’s memory, change track metadata, and move them between playlists.

In addition, with DearMob iPhone Manager, Apple mobile owners can create ringtones. To do this, the application has a special tool. And the process does not require any special skills. The app actually does everything on its own. The only thing you need is to highlight a fragment of the track, which will then turn into a ringtone.

The video section is also slightly different from the one you’d find on iTunes. In it, users can upload a couple of clicks to upload the footage and upload a new series of the series or clip of their favorite artist to the device’s memory.

One of the main features of DearMob iPhone Manager is that you don’t have to convert the video before downloading it. You can “move” the video from one format to another after you have finished downloading the file to the memory of the device.

The last “big” section is a tab with backup tools. There’s something unusual about it. Everything is quite standard: one button to back up and another for recovery. At the same time, DearMob iPhone Manager can restore iPhone and iPad not only from their copies. The app can also work with backups that have been created using iTunes.

What’s more, users can activate an option that automatically encrypts all backups with “military-grade” keys.

It is worth noting that the remaining ten sections, which are in DearMob iPhone Manager can be called “additional” very conditionally. Developers just did not single out their big icons, because they assumed that these features will not be so popular. However, among them there are enough useful tools.

For example, with DearMob iPhone Manager, users can view SMS messages and copy them to their computer, work with contacts and notes (text and voice), interact with the calendar, and install. ipa files in a couple of clicks iPhone and iPad.

In addition, do not forget that with DearMob iPhone Manager you can turn the iPhone and iPad into a flash drive and place in the memory of a mobile device a file or folder protected by a complex password.

« How to check when buying a new Xiaomi smartphone

5 Reasons Why VideoProc Is the Best Video Editor for Beginners »