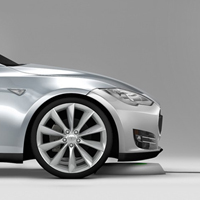 Apple continues to expand its portfolio with automotive patents. Recently it became known that the Coopertinos registered a document with the Bureau of Patents and Trademarks, which describes wireless charging for electric cars.

According to the available data, the charging station will be a special parking space, within which the car will be charged. At the same time, the patent states that the apple car can park on its own in such a place.

Recently, the Coopertinos are quite active in replenishing their portfolio with car patents. However, according to the latest rumors, now Apple has decided to focus not on the creation of its own vehicle, and on the autonomous control system.

« New macOS music app to be built on iTunes

With macOS 10.15 release, the number of Mac apps will increase »