Apple released a new iPod Touch: Apple 4 inches and the A10 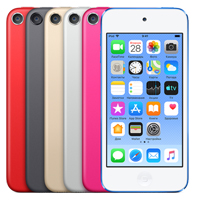 After a lot of rumors, Apple has updated the iPod touch line. It is worth noting that the player has hardly changed. The Cupertinos retained the old design, the same display and camera. In fact, there are two major changes: a more powerful processor and a built-in drive with a capacity of up to 256GB.

Recall that the last time the Coopertinos updated iPod touch almost four years ago – in July 2015. The new Apple player received the Apple A10 Fusion processor (the same one used in the iPhone 7). With the new chip, the seventh-generation iPod touch has not only become more powerful, but has also been supported by AR features and group calls on FaceTime.

The rest of the iPod touch remains the same: the same aluminum body and “old” 4-inch display. At the moment, the novelty is already available for order in the U. S. There are six colors to choose from: white, silver, black, gold, blue, pink and red.

In Russia, the new apple player should become available soon. However, already now in the Apple Online Store you can see the cost of different modifications: