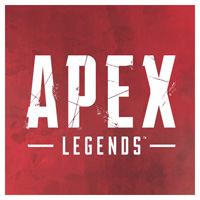 At the moment, many call Apex Legends one of the best games in the genre of “royal battle.” At the same time, in the near future the audience of this project may increase significantly. Today, EA announced plans to move Apex Legends to iOS and Android.

At the moment, the publisher has not shared any details about the future project. However, there is an assumption that Apex Legends will be distributed for free, and the gameplay itself after the change of platform will not change too much. The only thing that can change is the interface. Its developers will inevitably have to adapt to the realities of mobile platforms.

According to the available data, EA has not even decided on the studio, which will deal with the process of porting the game. Now representatives of the publisher are negotiating with several potential executors. However, some are confident that the work on the mobile version of Apex Legends will not last long. Presumably the game can appear on the virtual shelves of the App Store and Google Play before the end of this year.

As a website writer and journalist by profession, Thomas Simon has vast experience in writing about different topics all around, including technology, gadgets, travel, social media, and digital marketing. If he’s not writing articles for various websites and projects, he’s either watching his favorite TV series or reading a next big Sci-Fi book.